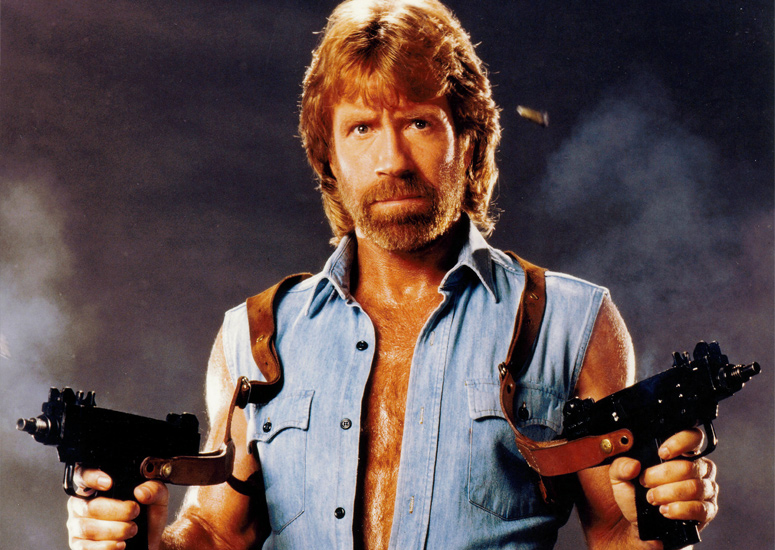 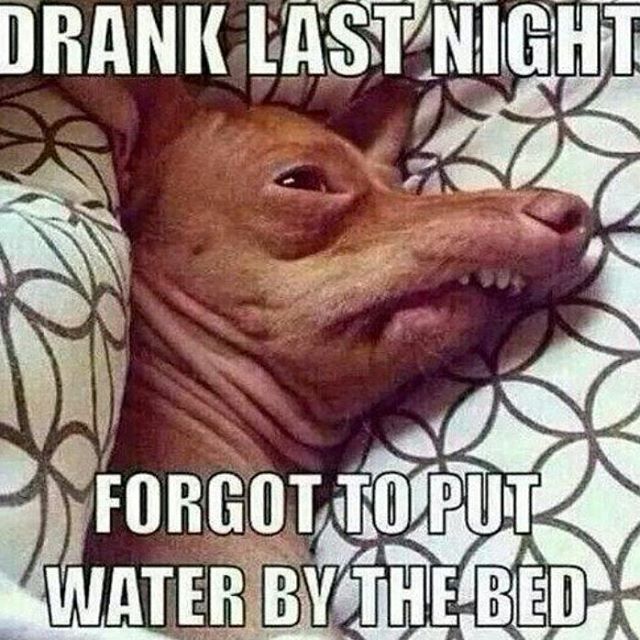 Here’s some of the best drinking memes online. If you like funny drinking memes, and other funny memes, this is the site for you! Come and check us out. 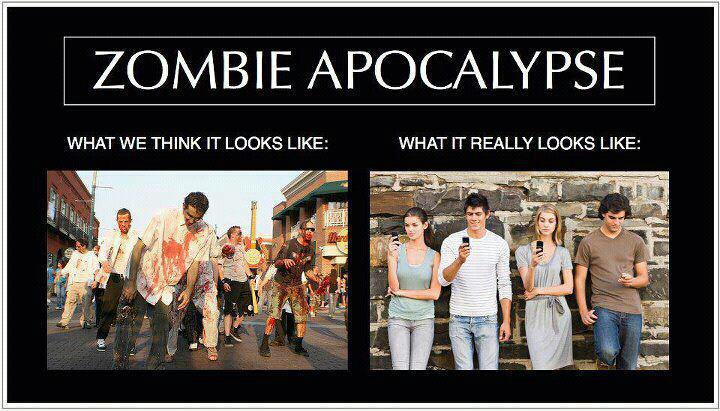 The Walking Dead breathed life back into the Zombie genre. Halloween is nearly upon us. Let’s go zombie crazy with these funny zombie memes!

There’s something about zombie movies and TV shows that seems to grab our attention.Inevitably, these have become to source of an endless series of funny zombie memes.

Time to check out these zombie memes!

We kick off with a meme that combines zombies with the famous grumpy cat meme! 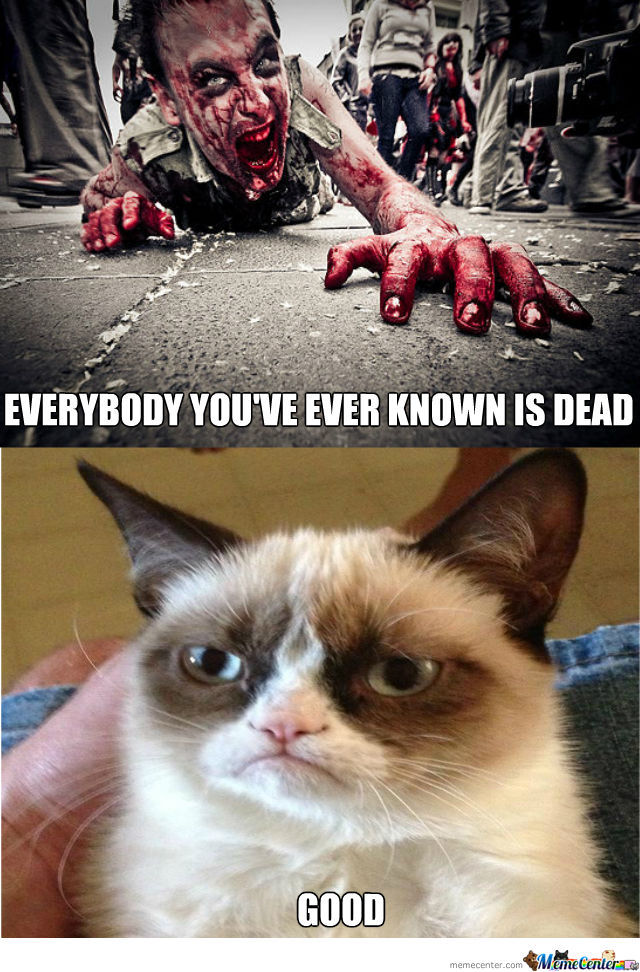 Everybody you’ve ever known is dead. Good.

Zombie on the Loo

We’ve all been in urgent need of the toilet at some point! It also gives you time to think about the great bog roll debate. 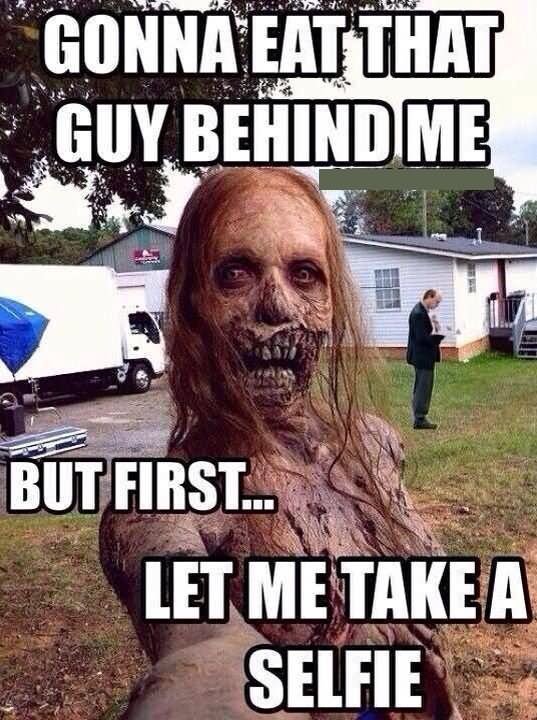 Zombie selfies – we can’t wait for Halloween again this year! 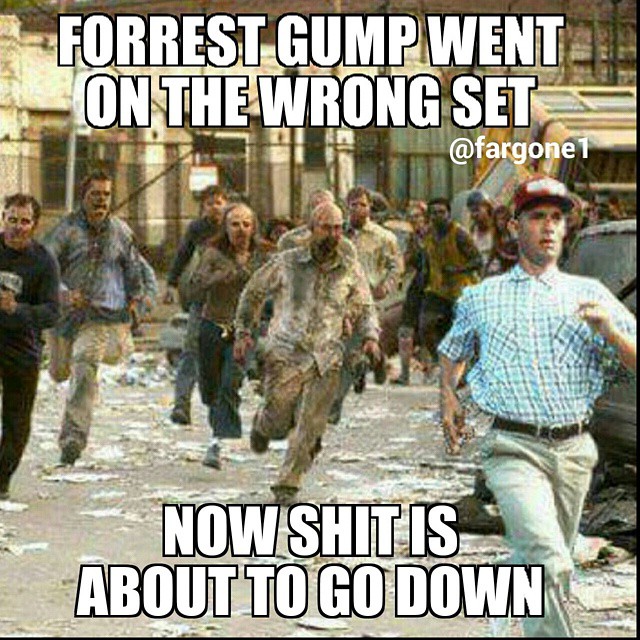 Zombie Get The Munchies

The Evolution of Zombies

Don’t be afraid of the Zombie apocalypse… 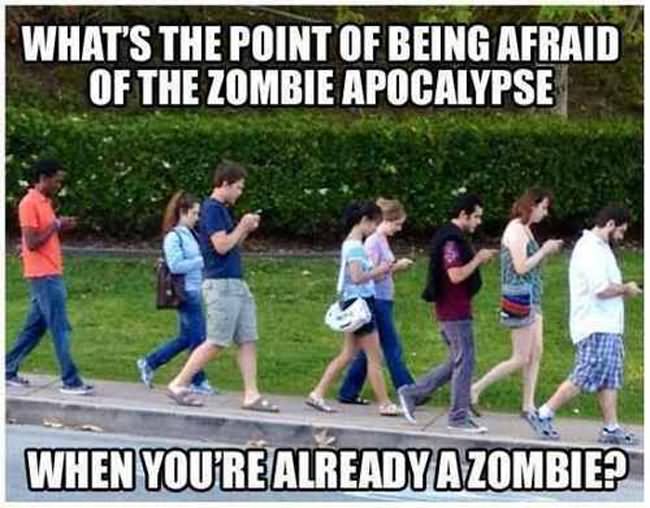 These zombie jokes are drop-dead funny!

Q: Where do you go to buy zombies?
A: The monSTORE!

Q: What did the man say to his forgetful zombie wife?
A: You forgot your HEAD because it wasn’t attached!

Q: Who did the zombie take out for dinner?
A: His GHOULfriend!

Q: What is a zombie’s favorite toy?
A: A DEADY bear!

Q: Why did the zombie buy a Jet Ski?
A: He wanted to ENJOY the apocalypse!

Q: What do you call a zombie with lots of kids?
A: A MOMster!

Q: What kind of candy do zombies refuse to eat?
A: LIFE Savers! 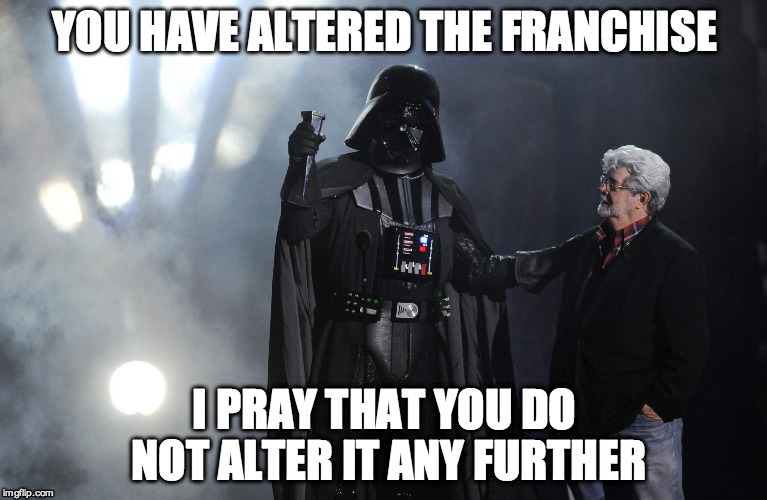 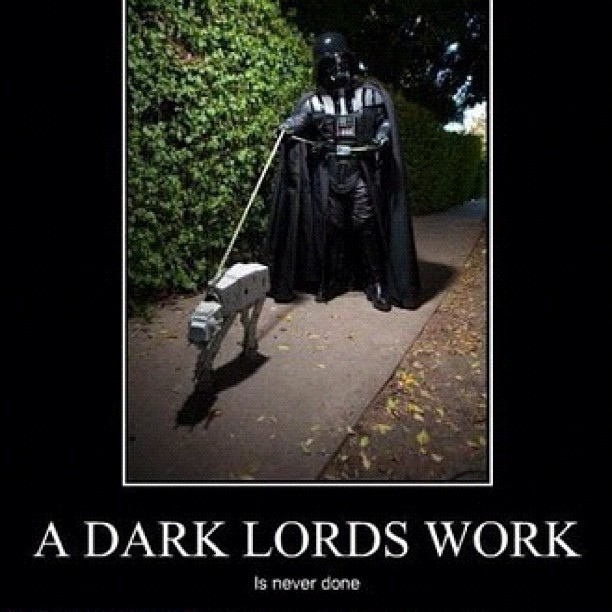 That time when Darth Vader takes the At-At for a walk! 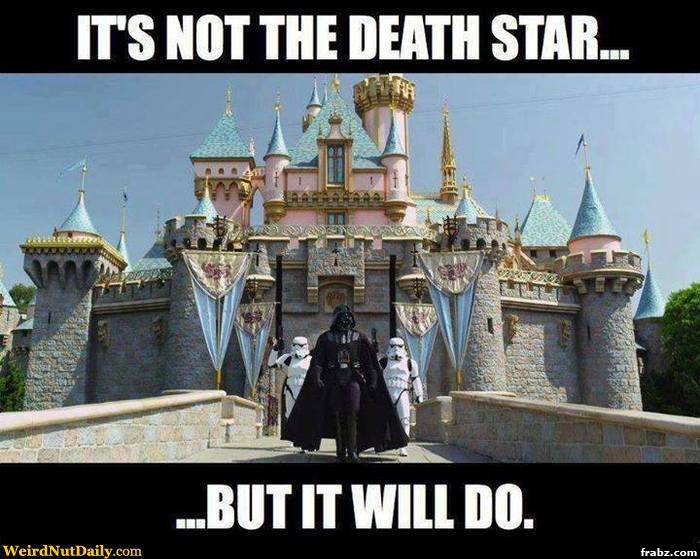 Somehow this image of Darth Vader works a little too well. Maybe even a camp Gone with the Wind would be a good idea! 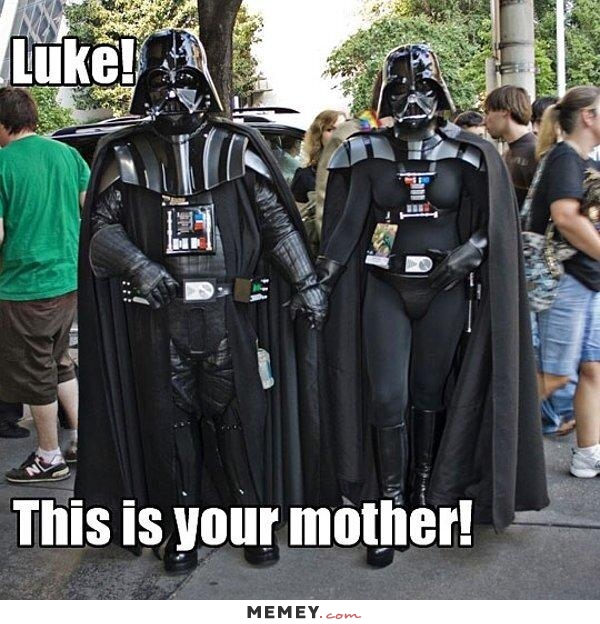 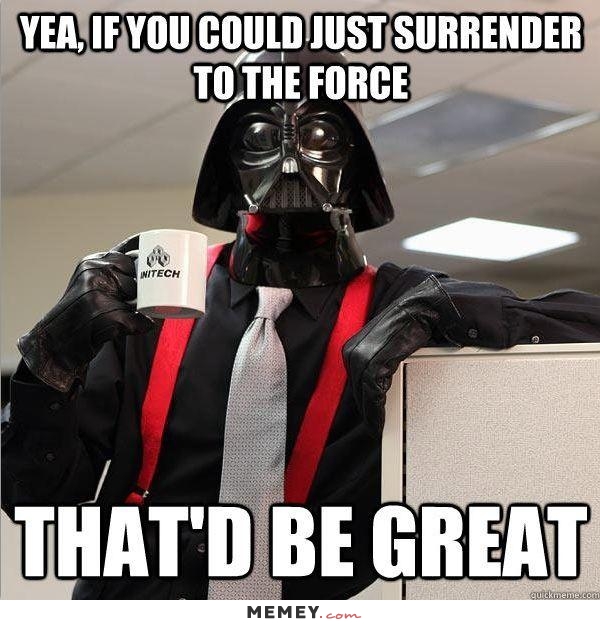 The new films are not bad. At least they haven’t been Indiana Jonesed!

Have you ever seen the film Snatch? Well,check out this mas up with Star Wars and Snatch – Snatch Wars!

Here’s a few of the best Star Wars jokes for you to enjoy!

Episode I: Become Pun with The Force

Q: Which program do Jedi use to open PDF files?

Q: Which website did Chewbacca get arrested for creating?

Q: Why did Anakin Skywalker cross the road?

A: To get to the Dark Side.

The Star Wars text crawl walks into a bar.

“Get outta my pub!” the bartender yells. “We don’t serve your type here.”

Luke walks into the Mos Eisley cantina, cradling a slab of dirt in his arms.

The Death Star’s shield generator walks into a bar. The bartender scowls and says, “Alright pal, I’ll serve you, but don’t start anything.”

An Ewok strolls into a bar and says to the bartender, “I’ll have a whisky and …… soda.”

The bartender says, “Sure thing—but why the little pause?”

Love Star Wars and want to see some more memes? Check these out: 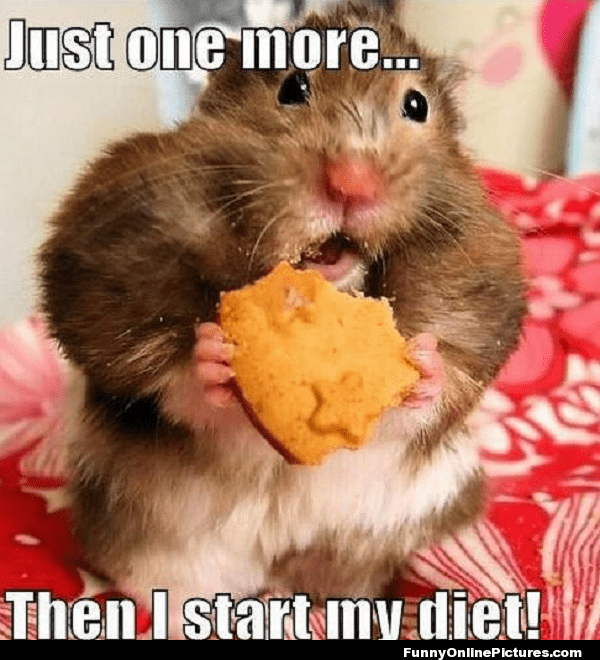