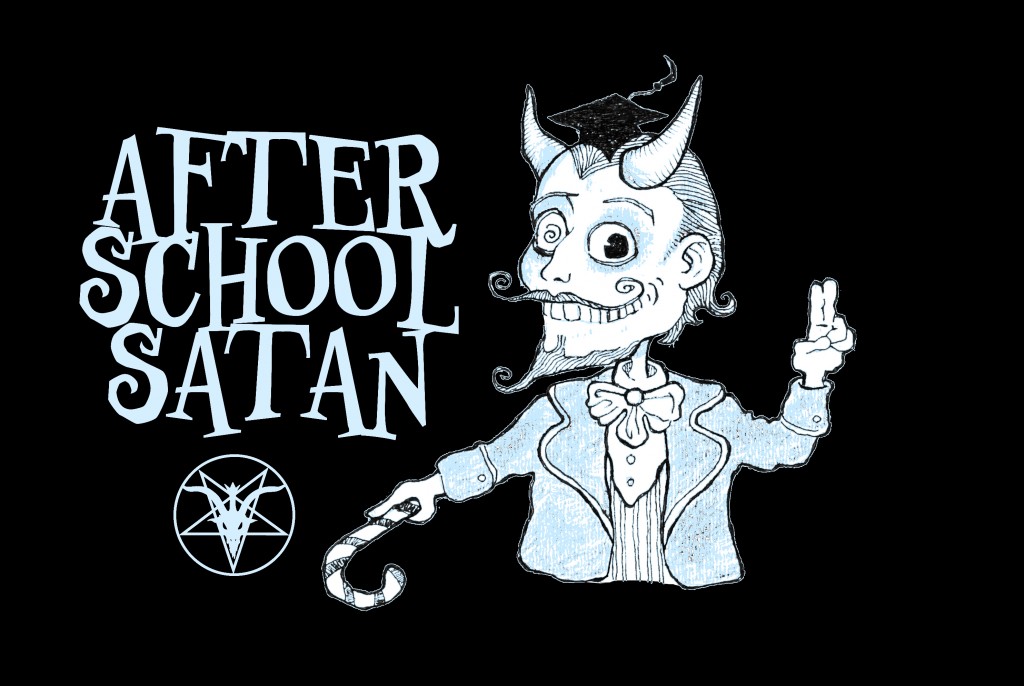 Have you heard about the After School Satan Clubs in US Elementary Schools? Well keep reading, because this is as funny as it gets!

So what’s this about then? Well, it seems that if Christians are allowed after school clubs at elementary schools, Satanists want theirs too!

The idea of After School Satan Clubs may be a reality, after The Satanic Temple contacted school districts across the USA to announce that it wants to open after-school clubs

“Well of course, when the Supreme Court voted in 2001 that religious groups could have equal access, that opened the door to any religious group,” she said.

For more information about just what the fuck it is all about, take a look at The Satanic Temples website.

The Washington Post also put an article about it >> Satanic Temple

The after school Satan clubs are still going strong, but they are not a success everywhere.

A so-called After School Satan Club at Point Defiance Elementary in Tacoma, Washington is shutting down after only one child joined.

“As we predicted, the so-called Satanist club fizzled,” said Mat Staver, Founder and Chairman of Liberty Counsel, which represents CEF.

“The so-called Satanist Temple and its after-school club had nothing good to offer students, so it was only a matter of time before it fizzled out. The so-called Satanic Temple group is not legitimate. It’s a handful of atheists masquerading as so-called Satanists whose only reason for existence in schools is to be disruptive and oppose the Good News Clubs,” he said.

The Seattle Satanic Temple first offered the club in December 2016.