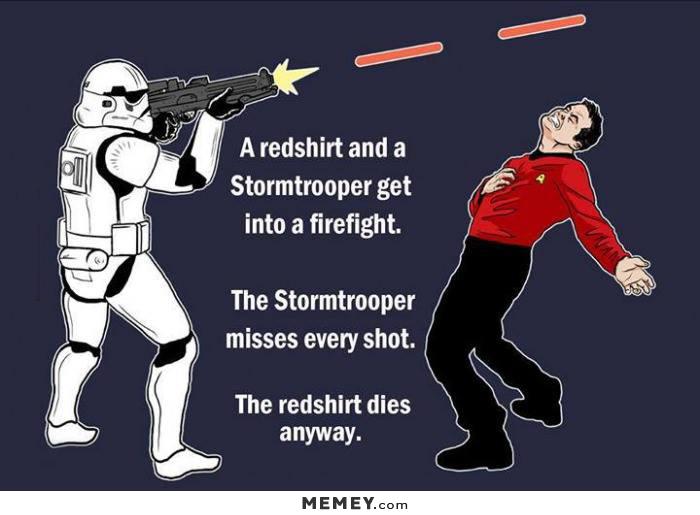 Ready for your funny Stormtrooper memes? They might form the backbone of the Empire, but they are also a bit crap when you think about it!

It’s well known that the Stormtroopers from Star Wars are the most ineffective soldiers in the world.

They can’t shoot straight, their armour is useless, and being a Stormtrooper isn’t exactly a career path towards success!

In this collection of funny memes about Stormtroopers, we’ll make you smile as we poke fun at the bad guys from Star Wars. 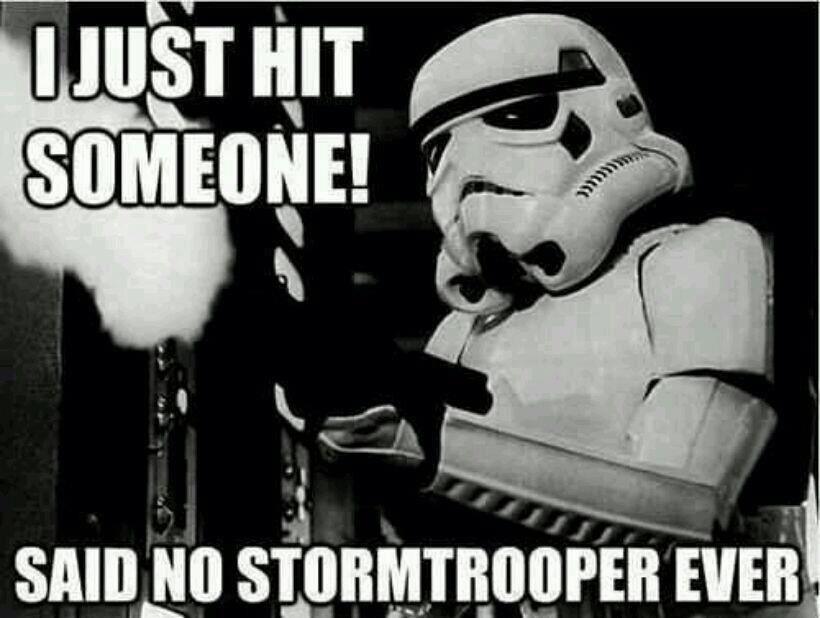 What exactly is the training criteria to being a stormtrooper? Do you need to be half-blind, or have no sense of distance?

Perhaps the power of the blaster pulls slightly in one direction, making the Stormtrooper miss every time?

Another legendarily bad characters from Sci_fi are the Red Shirts from Star Trek. Every time they go on a mission one of them dies. They even made fun of that in the Star Trek Into Darkness film.

The question is though, what happens when a Stormtrooper and a Red Shirt get into a fight? 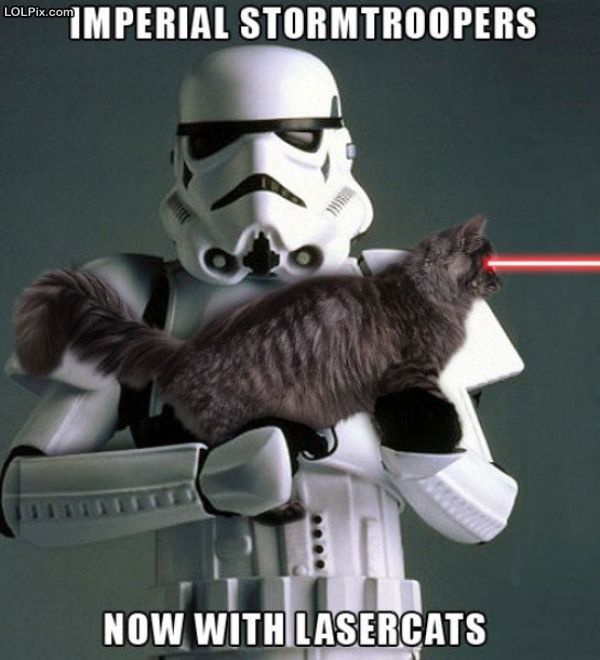 The weaponry of Stormtroopers is so bad that they might as well be issued with lasercats. They’d probably be more effective in a firefight!

Origins of Stormtroopers from Star Wars 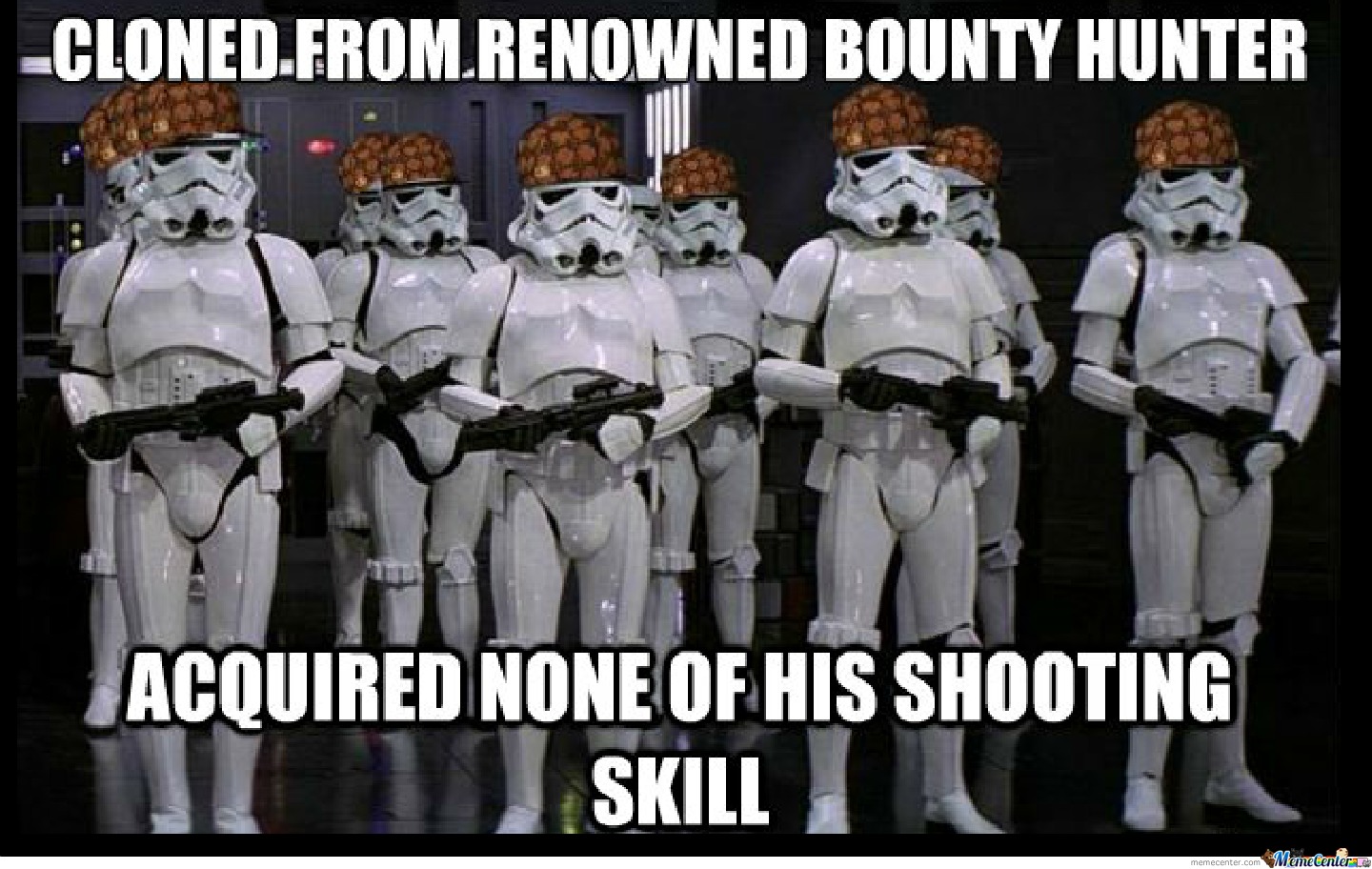 These really are the most ridiculed troops in the entire universe!

Are Stormtroopers smarter than they look? 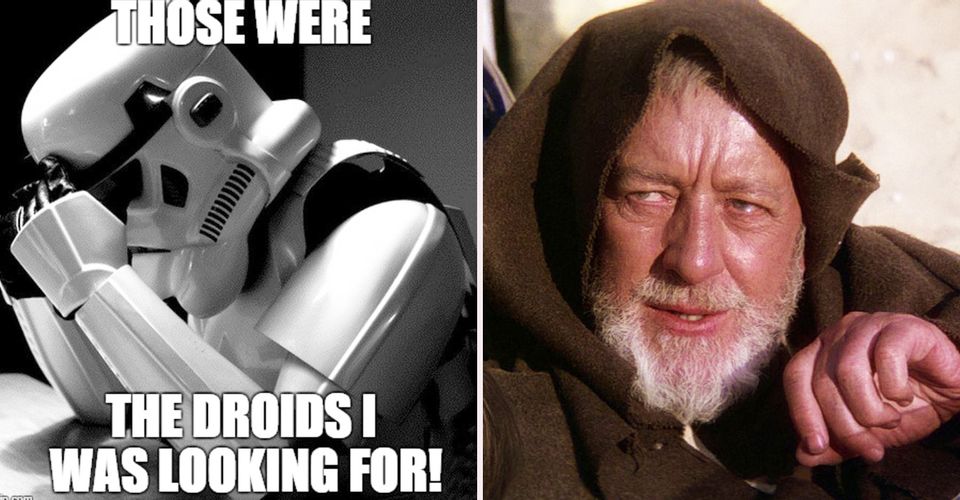 Perhaps this guy did’nt really fall for the old Force trick. Maybe he really just wanted to go back to his wife and kids, so played along! 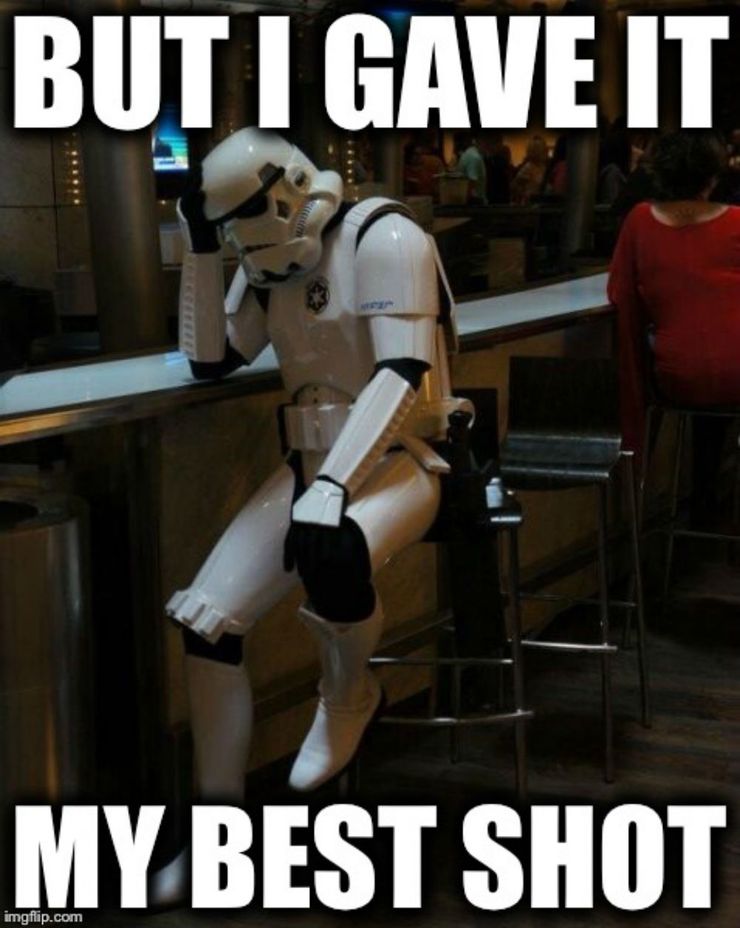 And we’ll leave you with this final reference to their terrible shooting abilities!

Do you love Star Wars and Sci Fi memes? Then you should check out these other ones!