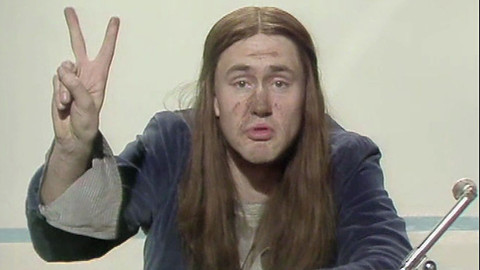 Neil was the hippy of the Young Ones house, and always seemed to get picked on by the other housemates. He also had some of the funniest lines and scenes in the classic British sitcom. Here’s a look at some of them. 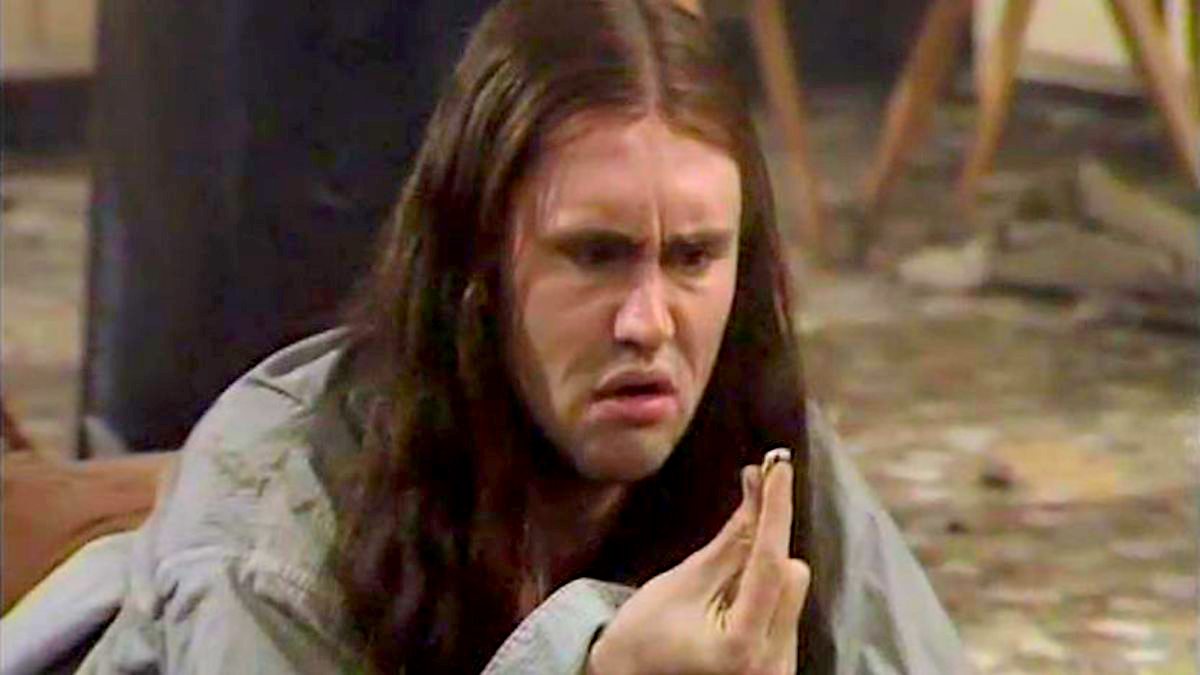 Played by British comedian Nigel Planer, Neil appeared in all the episodes of the Young Ones, and was one of the main four characters.

He always seems to get picked on, particularly by Vyvyan and Rik. 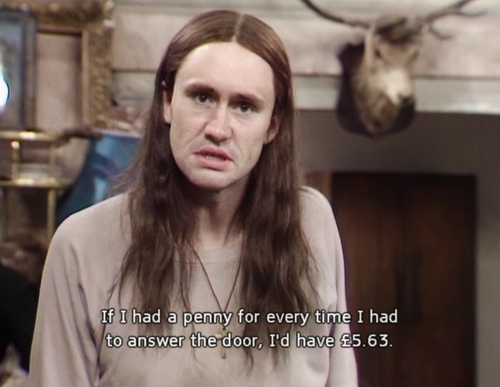 Neil’s role in the house

Oh, Neil, Neil, Orange Peel! We loved you, even though you were a dirty smelly hippy!

Neil’s role in the was to do the cooking and the cleaning in the shared student house. Clearly he’s not very good at it, as the house is always in a right state!

When he does cook, lentils are normally involved, although he has also served up snow and the infamous  ‘leftovers’! 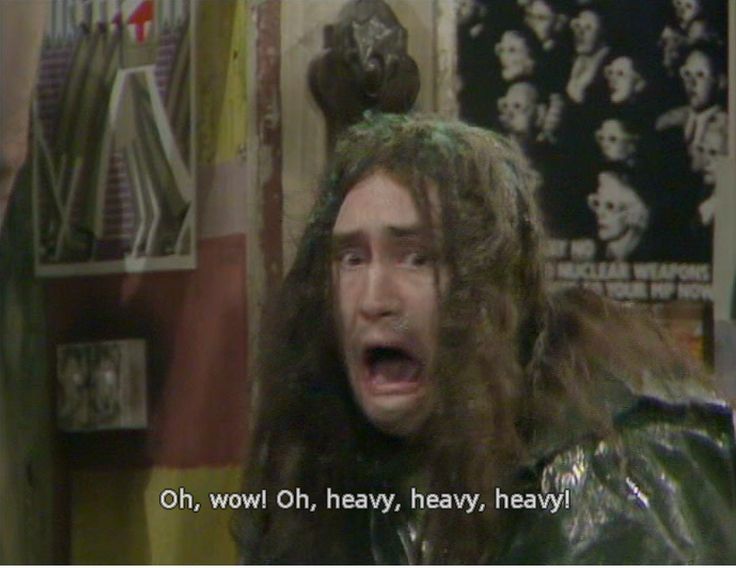 Miraculously, Neil does seem to have some friends!

These are of course mostly hippies, one of which is also called Neil.

Some of his friends attended a party at the guy’s house one time.

Neil from the Young Ones Funniest Scenes

1. Neil explains about his exams

Neil wants to know why it’s always his job to get the food from the shop. Another hilarious clip from the classic British comedy series The Young Ones.

3. Neil enjoys himself at a party

Have a bang of this number man!

The Young Ones Neil Quotes 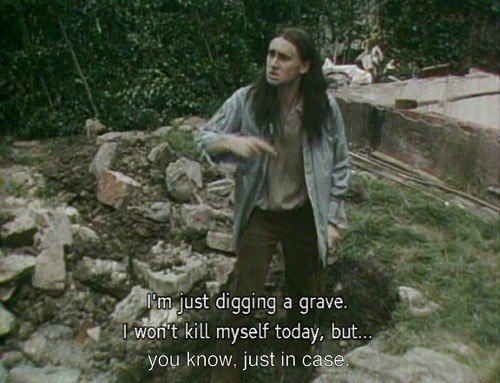 Neil: I won’t say anything ’cause no one ever listens to me, anyway. I might as well be a Leonard Cohen album. 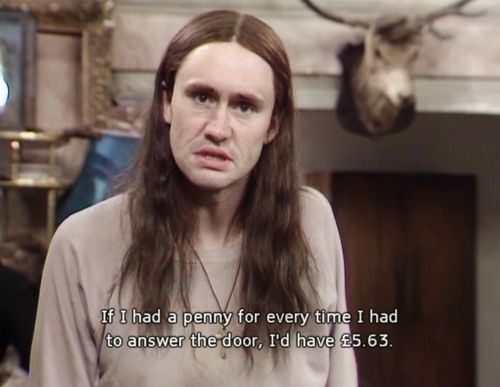 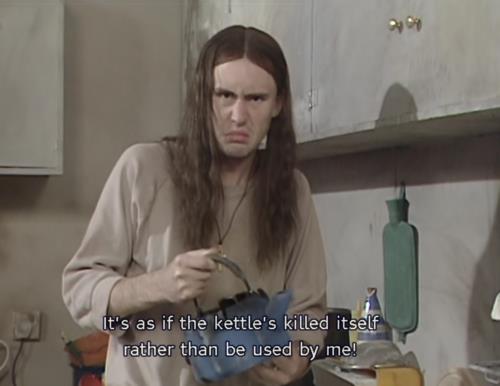 Neil: “Guys, there’s some dinner on the floor if you want it” 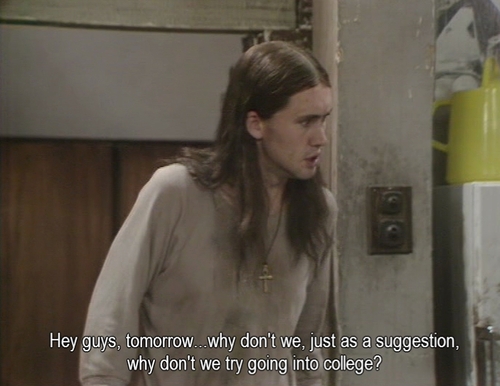 Neil: “You know, I just bet that a bit later on someone does drink that and turns into an axe-wielding homocidal maniac.”

Who played Nell in The Young Ones?

What was Neil studying in The Young Ones?

Neil from the TV Series The Young Ones, was taking a Peace Studies course at Scumbag College.

Who wrote young ones?

The Young Ones is a British sitcom about four students written by Rik Mayall, Ben Elton, and Lise Mayer,

Who were the four young ones?

Who was the punk in The Young Ones?

Many people think that Vyvyan was a punk due to his orange spiked hair, but actually, Vyvyan is a Heavy Metal fan. Vyvyan was played by Adrian Edmondson.

Which bands appeared on The Young Ones?

Many episodes of the Young Ones had appearances by bands. The most legendary one was Motorhead who performed the Ace of Spades in the University Challenge episode. Other notable bans that appeared in the Young Ones TV Series include:  Nine Below Zero, Madness, Dexys Midnight Runners, Rip Rig + Panic, The Damned, and Amazulu.

Who wrote the title song of the Young Ones?

The series’ theme song featured the cast singing Cliff Richard and The Shadows’ UK No. 1 song “The Young Ones” (1961). The end credits music was written by Peter Brewis.

How old is Nigel Planer?

Who was the landlord in The Young Ones?

The landlord of the Young Ones, Jerzei “Jeremy” Balowski, is played by comedian Alexei Sayle. In “Demolition, Flood,” and “Summer Holiday,” the character of Jerzei was featured three times.

And let’s leave you all with a final thought.

I wish there were no machines and we all lived a pastoral existence. Trees and flowers don’t deliberately call out and go beep in your ear.

Check out some of these other funny memes and quotes from TV shows.