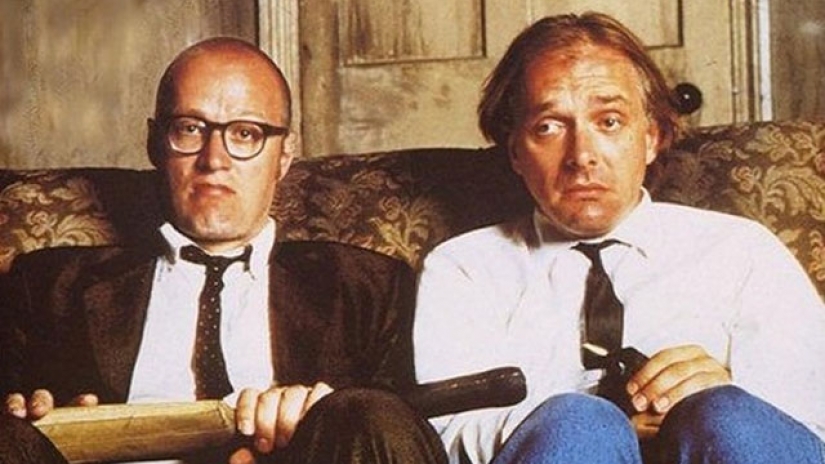 Rik Mayall in Bottom was perfection in action! One of the UK’s funniest comedians and actors has made generations of people laugh. Let’s take a look at the best Rik Mayall Bottom scenes. 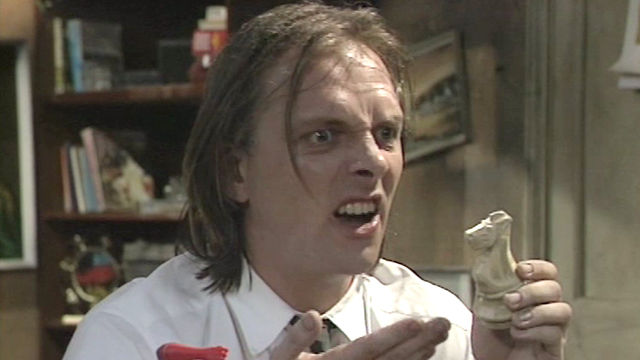 Bleak and funny, mad and genius, Bottom is a cult British Comedy. Featuring two hopeless losers who would prefer to have a wangle than get a job, it combined madcap slapstick humour with a dash of violence.

Bottom was the creation of British Comedy legends Rik Mayall and Adrian Edmondson. The series ran from 1991 to 1995 on TV, with several live performance tours. 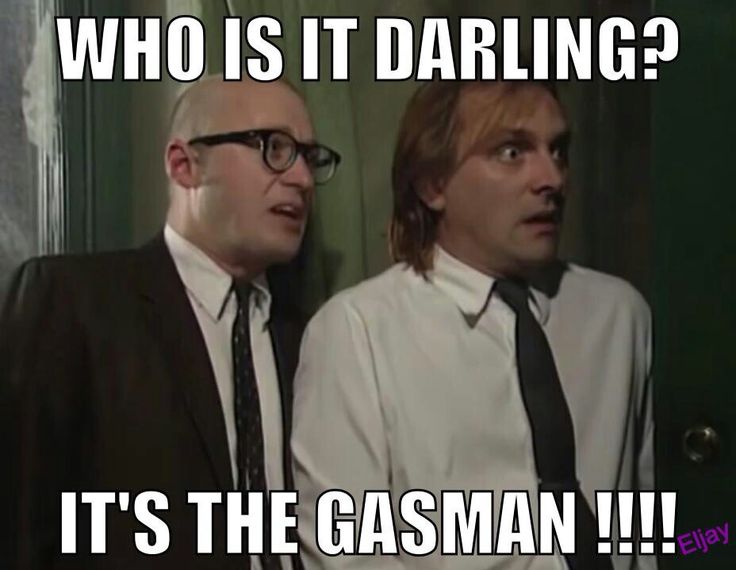 Bottom was physical comedy at its very best, and there’s tonnes of contenders for the funniest moments.

It’s always going to be an impossible task picking out the very 5 best Rik Mayall Bottom scenes. So, here’s five to be getting on with, and we’ll come back with five more in a few weeks time!

Richie and Eddie  go camping to prove they’re rugged outdoorsmen, but there might be only Wombles to eat – if they have enough meat on them of course.

Eddie has an emergency packet of chocolate Hobnobs,but refuses to share them. Then the violence ensues!

The lads are playing a game of chess using random objects from around the house. Richie performs his final attack, but as he squirts the ketchup realises Eddie is unimpressed who then checkmates him.

You’ll never guess what… There’s another fight! The umbrella bit is our favourite!

Eddie drinks the bleach before passing out, and even a hot iron won’t wake him up.

Richie decides that drastic action is needed, and so gets ready to drag him up to bed.

As he prepares the rope, there’s a little song and dance for us all!

If you ever had the good fortune to watch the Bottom stage show live, you’ll know how funny it was!

For those that didn’t though, their legacy lives on in the DVDs of the live shows.

Over the years, the ‘blooper’ sections have become probably the most popular parts. Don’t you ever yearn for change?

We couldn’t not include this one! Bottom fans love this quote, and it’s easy to see why.

Anyway, what is gas? And would you like a cup of the best tea in London?

The main characters and the actors who played them were:

Here’s some trivia and questions about British Comedy series Bottom:

Why was Bottom cancelled?

Although the BBC announced they had commissioned a Bottom series based on Hooligan’s Island to be aired in 2013, it was cancelled before production could begin as Adrian Edmondson wanted to pursue other interests.

How many seasons of Bottom were there?

There were three seasons of TV series Bottom. The first series of Bottom aired in 1991, and the third and final series aired in 1995.

Who is Ade Edmondson wife?

How many episodes of bottom are there?

As with many British comedy TV series, there were 6 episodes a season, making a total of 18 episodes of Bottom.